High above the Twelveswood, the raven circles, evermore seeking out truth hidden amongst the shadows of the trees. In today’s edition, field correspondent Oliver Goodfellow reports from the hamlet of Hyrstmill, where trouble appears to have befallen preparations for the Winter’s Knell festival.


Gone with the Snow

Readers may recall Winter’s Knell, the Ala Mhigan festival to usher in the blessing of ice and snow scheduled to be held in Hyrstmill. Answering the clarion call of Black Rabbit Traders, score upon score of adventurers made their way to the hamlet, where they gleefully assisted in the making of Father Frost in a flurry of ensorcelled snowballs. Paying the venue a visit the day past, I could not help but be astonished by the rapid gains in size made by the snow giant. And as he grew, so too did the collective hope of the populace that winter will come to the North Shroud as it rightly should. 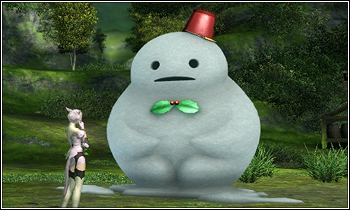 Alas, that hope would vanish into nothingness, as if it had never existed. To the great dismay of all involved, when the day of the ritual dawned, Father Frost was nowhere to be found. Waldomar, the Ala Mhigan native overseeing the festival, is adamant that such a vast amount of ice could not have melted away overnight; the fact that nary a pool of water remained where Father Frost once stood certainly lends credence to the theory. Yet that is the least of the man's worries. In keeping with tradition, a priceless Ala Mhigan relic—a gemstone called the Heart of Winter—was embedded within the snow giant's breast, and has gone missing withal. Suffice it to say the turn of events has left Waldomar and his kinsmen visibly distressed, and casts a stark shadow over this year's Heavensturn festivities.

From tasteless hoax to sabotage to grand theft, speculation runs rife regarding the nature of Father Frost’s disappearance. Whatever the truth may be, we at The Raven pray that it will come to light in all swiftness.


How to Participate
Waldomar can be found at the location below. Speak with him to learn more of his plight. 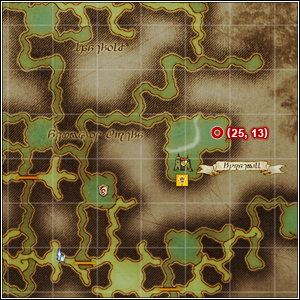